Skip to content
Arduino Powered MicroAqua Garduino Mini System with Pi Camera and Twitter Feed
We are creating an automated Aqua Garduino Mini system with mobile updates via Twitter. Sensors and motors will be controlled from an Arduino while the entire system, including mobile updates, will be orchestrated by a Raspberry Pi. Tweets include pictures, sensor data, and system-critical updates. Original system schematics have changed a little but not much. We only used (2) relays and the LCD was attached to the Arduino, and the pH sensor didn’t make it into the system as of our due date. 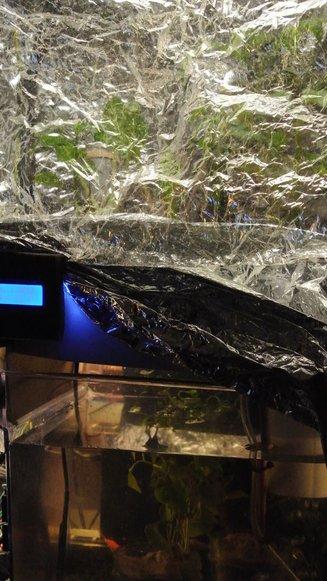 First assemble all parts that are needed to create the system. With discounts and using items we already owned or had access to the project cost us ~$260. However, if you purchase all of the parts new and use this links below, you will be looking at a project that costs ~$450.

Find our code on github!: https://github.com/vermiculus/garduino 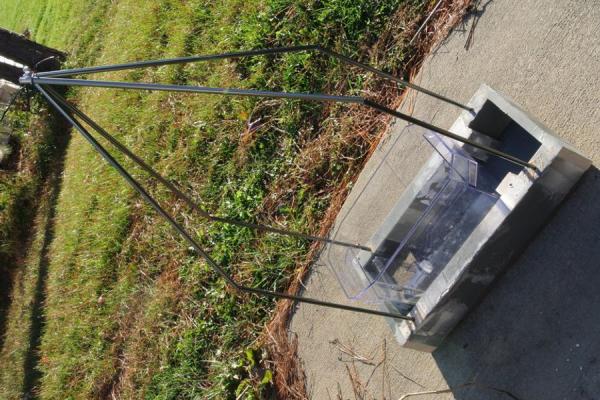 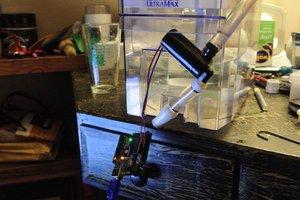 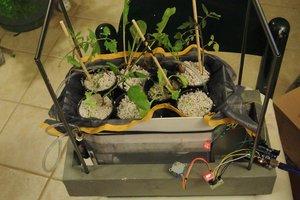 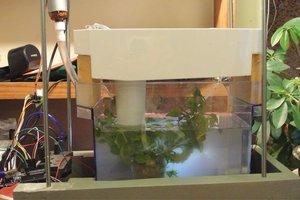 Our system is built around a brita filter. The bottom will support the fish, and on top we will put the plants. We built a frame around the filter it to attach lights and wires. The bottom is made out of plywood, and we attached four poles in drill holes in the corners of the 2×4 that come together high above the filter to hang the lights from. In the bottom of the frame we left an open space to use for wire storage so that we have a place for the microcontroller boards and the alike to go.

How a step motor works: http://en.wikipedia.org/wiki/File:StepperMotor.gif

The 5V stepper motor (Fish Feeder) has (4) pins wired to a different Arduino pin. Then electromagnets are wired off set: (10,12,11,13) and when they are individually called in the program, which defines how many steps are to be taken, the electromagnets are energized and attract the gears teeth for the amount of steps defined. Our stepper is set to -1500 steps to cause a counter clockwise motion of the plastic auger bit inside the feeder. If the number was positive, it would go clockwise.

Relay_1 and Relay_2 use 5V from Arduino (small red jumper) to energize coils and close the normally open single pole relays. Relay_1 or Relay_2 (depending on code calls) are closed to allow either 5V DC to reach the Water Pump or 120V AC to reach the lights through the first outlet. Both can be on at the same time but except for testing we chose to turn the light out when pumping water. The Air Pump outlet (not shown wired) is the second outlet and is seperately pig-tailed to the 120V AC before the relays and therefore is always on.

The (2) USB ports (not shown in above image) are also pig-tailed to the 120V AC and Neutral from the Wall Outlet (no ground) before the relays and therefore output a constant 5V from USBs to power shield and Arduino.

We ended up having to add a battery pack to the circuit. If you build the system without the Pi you don’t need to worry about this. We had originally had the Pi and Arduino connected so that they were powered by each other, but they used too much power and we ran into some issues because of it. By plugging the Pi directly into the wall for power and adding an auxiliary power pack for the Arduino, we were able to make it all work.

120 Volts AC Power outlet was split into one steady 120V for the air pump and 120V controlled by the Arduino and a 5V, 10 Amp relay.
(2) USB outlets were pig-tailed before the relay for a steady 5V to power Arduino and power shield.
These 3 outlets are powered by (1) 120 volt AC power cord. 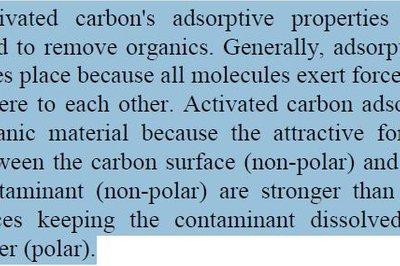 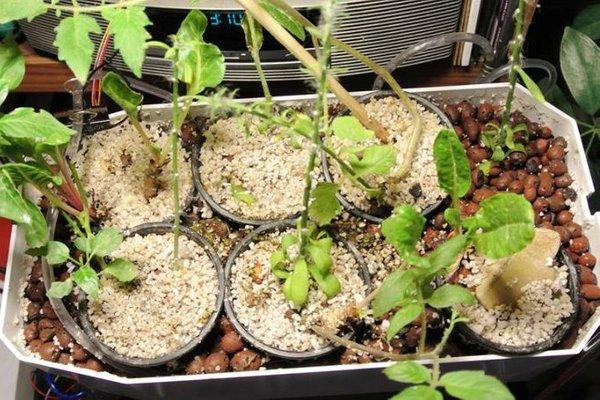 Take the Brita replaceable filter, some activated carbon from the pet store, a rubber cork, and an electric drill. Drill a hole in the top of the filter and remove contents. Refill filter with activated carbon and put a cork in it. Replace the filter into the aquaponic system. The addition of clay hydro/aquaponic balls, worms, and the plants themselves make up the filtration system.

The LCD is powered by 5V from the Arduino and an additional 3.3V for the backlighting. All sensor output (air and water temperature) is displayed on the LCD, unit testing, including time between cycles, and a startup display which scrolls the team members’ names.

We used slash shields as a precautionary measure for the smaller, more sensitive electronics we used. We fashioned the splash shields from packaging and other recyclables collected while making this project.

The Raspberry Pi Camera is connected to the Arduino Mega by a USB cable. The two boards communicate by the USB serial port. The camera takes pictures of the system periodically and are Tweeted along with the current air and water temperature of the system from the Arduino via the serial port. 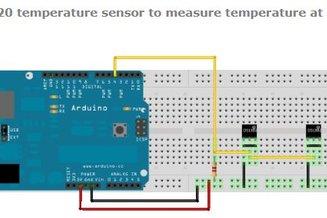 DS18B20 temperature sensors are put in a series circuit to take air and water temperatures on the system LCD screen. Temperature is displayed in Celsius in the tweets. 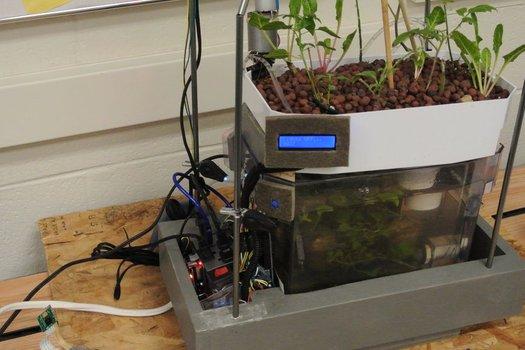 To really finish off the project we went back and trimmed up all the wired and generally cleaned up the connections. All of the wires and boards were put into the right side compartment to make the system look a bit more clean and complete. Using some found items such as an old yoga mat and auto tubing we were able to create a frame for the LED display screen, covered the exposed wires running from the LCD screen to the side compartment, and gave the system a padded bottom.

If we had more time, there are several things that we would’ve liked to incorporate. We hoped to get wi-fi on our raspberry pi, but we had absolutely no success setting up the dongle we had. It would be a nice thing to add in the future, but for the time we had to work it made more sense to leave it wired. It would also be nice to see the plants actually grow and flourish in this environment, but that will take time. We would like to find an economical way to check water clarity. We had also discussed a way of checking water level, but we never implemented that, and it could be useful in the future. We were never able to attach a fish powered automated espresso machine to the side, which is probably the biggest disappointment. Maybe someday.