The Raspberry Pi is a credit-card sized computer that can plug into your TV and a keyboard which was found for the intention of teaching basic concepts in schools. It is a portable little computer which can be used in electronic projects, and for many of the things that your desktop PC does, like spreadsheets, word-processing and games. It also plays high-definition video. It has an IEEE 802.5 standard Ethernet card and also MAC – Media Access Control which is being controlled by a chip called as the ASIC – Application Specific Integrated Circuit. By using the Ethernet card we can communicate through the internet with an approximate speed of data transfer of 100 MB/s.

It is an ARM based Processor designed and fabricated by QCOMM international by using 32nm CMOS technology. The operating speed of the processor is 700MHz and overclocking of the processor is also possible. The Processor is capable of multi-tasking and gaining control of the GPIO pins. We can take video out using HDMI – High Definition Media Interface.

Block Diagram of the project:

We are using a semi-conductor temperature sensor which is named as DS18B20. This sensor offers high accuracy and high linearity over an operating range of about 55 degree centigrade to 150 degree  centigrade. Internal amplifiers can scale the output to convenient values such as 10mV/ C . They are also useful in cold-junction compensation circuits for wide temperature ranges. This temperature sensor is an integrated circuit, and can therefore incude extensive signal processing circuitary within the same package as the sensor thus eliminating additional circuitries. This sensor can be directly connected to the microprocessor input and thus capable of direct and reliable communication with microprocessor.

A relay is an electrically operated switch. Many relays use an electromagnet to mechanically operate a switch, but other operating principles are also used, such as solid-state relays. Relays are used where it is necessary to control a circuit by a low-power signal (with complete electrical isolation between control and controlled circuits), or where several circuits must be controlled by one signal. The first relays were used in long distance telegraph circuits as amplifiers: they repeated the signal coming in from one circuit and re-transmitted it on another circuit. Relays were used extensively in telephone exchanges and early computers to perform logical operations. With a little set up, the DS18B20+ can be read directly from the command line without the need of any Python program. However, this requires us to input a command every time we want to know the temperature reading. In order to introduce some concepts for 1-Wire interfacing, we at first will access it via terminal, and then we will write a Python programme which will read the temperature automatically at set time intervals.

We have to install the module firmware for the starting of the sensor module at the start-up of the operating system.

We then need to change the directory cd to our 1-Wire device folder and list (command: ls) the devices in order to ensure that our sensor has been loaded correctly.

In the device drivers, your sensor should be listed as a series of numbers and letters. In this case, the device is registered as 28-000005e2fdc3. We then need to change the access to the sensor with the cd command, replacing the serial number of the sensor.

The sensor periodically writes to the w1_slave file, so we simply can use the ‘cat’ command to read it. But it shows only the raw output data of the sensor.

This yields the following two lines of text, with the output ‘t=  temperature in degrees Celsius’. A decimal point should be placed after the first two digits e.g. the temperature reading we’ve received is 23125 degrees Celsius. We have to get the reading as 23.125 degree celcius.

We can use the SSH protocol to access the raspberry terminal from any system. We can enable SSH in the raspberry pi by using the command,

PUTTY is a light weight plug and play software which can be used to control shell using various protocols like ssh, serial, telnet, raw and rlogin. The communication between the end node and the computer will be encrypted using an ssh key.  It uses an AES encryption standard. This is capable of working under a proxy protocols like http, https, socks4, socks5, squid.


#For opening the temperature sensor connected to the pi

#For writing the data to an text file

#For reading the data form the W1_slave

#For formatting data for Raw format to required

#Opened files must be closed

To start with, configuration of raspberry pi is done by burning the OS. The required dependencies are installed. Then the GPIO library is installed with the help of the github repository. The ‘pip’ command is used for the installation of several python libraries. After the installation, the raspberry pi can be configured to serve as a server by using its ability to combine modern web frameworks with hardware and electronics.

Not only can you use the Raspberry Pi to get data from servers via the internet, but your Pi itself can also act as a server. There are many different web servers that you can install on the Raspberry Pi. Traditional web servers, like Apache or lighttpd, serve the files from your board to clients. Most of the time, servers like these are sending HTML files and images to make web pages, but they can also serve sound, video, executable programs, and much more.

However, there’s a new breed of tools that extend programming languages like Python, Ruby, and JavaScript to create web servers that dynamically generate the HTML when they receive HTTP requests from a web browser. This is a great way to trigger physical events, store data, or check the value of a sensor remotely via a web browser.

To install Flask, we need ‘pip’ to be installed in the system. It can be installed by using the following command,

Then after installing the pip we can install the Flask by using the command,

Flask uses the GET and POST request to communicate with the server and the client. The app route and the PORT address of the server can be defined by using the commands,

Port —->  Port number for the flask to use

To find the host address of the raspberry, pi the following command can be used,

# Connect as many devices as you require

# Set each pin as an output and make it low:

# For each pin, read the pin state and store it in the pins dictionary:

# Put the pin dictionary into the template data dictionary:

# The function below is executed when someone requests a URL with the pin number and action in it:

# Convert the pin from the URL into an integer:

# Get the device name for the pin being changed:

# If the action part of the URL is “on,” execute the code indented below:

# Save the status message to be passed into the template:

# Read the pin and set it to whatever it isn’t (that is, toggle it):

# For each pin, read the pin state and store it in the pins dictionary:

# Along with the pin dictionary, put the message into the template data dictionary:

Then after all the configuration processes and programming we can run the flask server using the following command. Here ‘server.py’ is the filename of the program.

Above lines show that the server is being started in the port 80. We can access the server through the browser using the link http://localhost/ without the need of entering the port number because HTTP default port is 80.

From another computer on the same network as the Raspberry Pi, type your Raspberry Pi’s IP address into a web browser. If your browser displays control system, you will know that you’ve configured it correctly. You may also notice that a few lines appear in the terminal of the Raspberry Pi:

The first line shows that the web browser requested the root URL and our server returned HTTP status code 200 for “OK.” The second line is a request that many web browsers send automatically to get a small icon called a favicon to display next to the URL in the browser’s address bar. Our server doesn’t have a favicon.ico file, so it returned HTTP status code 404 to indicate that the URL was not found.

If you want to send the browser a site formatted in proper HTML, it doesn’t make a lot of sense to put all the HTML into your Python script. Flask uses a template engine called Jinja2 so that you can use separate HTML files with placeholders for spots where you want dynamic data to be inserted. We can create our own layout using the html scripts and also we can add colours and better effects using the CSS and HTML5

If you’ve still got ‘server.py’ running, press Control-C to kill it.

To make a template, create a new file called template.py with the code from below. In the same directory with template.py, create a subdirectory called templates. In the templates subdirectory, create a file called index.html and insert the code from below. Anything in double curly braces within the HTML template is interpreted as a variable that would be passed to it from the Python script via the render_template function.

After creating the template.py file, we have to create an html file for the template data and rendering purpose.

All things are now set and ready to go now the pin can be called directly accessed through the URL. Now we can change the GPIO pin state.

For security reasons we have developed a login portal for the system. In this PHP POST method and  session management is used.

// Redirect to your secure location

// Create a login form or something

Once the user name and password is correct then the page will redirect to a secure location and an encrypted server URL.
CPANEL Please see this link to get the source code

NOTE: We have not included the program as it contains 1000 lines 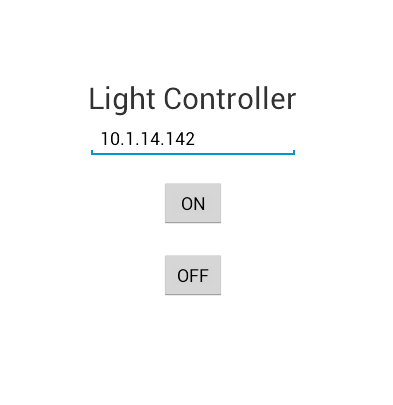 // called before request is started

// called before request is started

Get to know the Home Automation with Latest Technology, Wired, Wireless, bluetooth, thread, all systems and devices technologies as well.